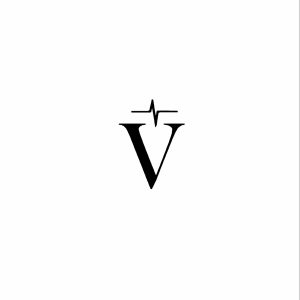 Sleep and the Vagus Nerve

A report from Mayo Clinic found that chronic insomnia, long assumed to be psychological problem, is often a breathing problem.   Millions who suffer from insomnia ‘can’t breathe’.  Lack of proper nose-breathing is causing sympathetic activation and telling the body that it should be in fight-or-flight.  The Vagus nerve is suppressed due to rapid breathing which gets even worse when breathing is only done through the mouth.

I personally think breathing is the most important and easiest starting point to solve sleeping ‘problem’.    Breathing techniques and practices are also the cause for disturbed sleep in Apnoea (breathless) or Snoring!  These can be dealt with.   By training the body to breath and fix inflammations, the nose will often ‘open’ up.

I very much recommend the book ‘Breath’ by James Nestor for anyone wanting to learn more.   (Please also remember never to do the so-called Wim Hof breathing technique in the evening.  I doubt claims that it is beneficial for sleeping other than that it supports physical ‘tiredness’.)

By learning breathing in 10 second cycles (5 seconds inhale and 5 seconds exhale) a person is activating the ‘rest and digest’ and the body gets the proper signals that ‘it is time to sleep’.

In my opinion, the other main reason for insomnia is disease and especially low-grade inflammations.  As I have told in my other blogs, low-grade inflammations influence the vagus nerve and it becomes ‘busy’ with immune system activities.    The HRV and vagal tone are therefore not in ‘sleep mode’ in the evening even though a person feels fatigued.   This is why anti-inflammatories often can help people to fall asleep and sleep better.

Psychological reasons, in my scale, comes third as cause for insomnia and bad sleep.  Naturally many chronic psychological and mental stress-factors usually cause low grade inflammations in the brain or nervous system – which then cause sleep problems.   The main cause though is not the ‘thinking’ but the consequences of mental stress and sympathetic activating thoughts.

Sleep-wake homeostasis keeps track of your need for sleep.  The homeostatic sleep drive reminds the body to sleep after a certain time and regulates sleep intensity.  This sleep drive gets stronger every hour you are awake and causes you to sleep longer and more deeply after a period of sleep deprivation.  Here I also remind that the vagus nerve is in charge of the body’s general homeostasis.   Hence sleep-wake homeostasis also is a part of its activities.

Average heart rate variability (HRV) is typically higher during night-time.  It is an indication that the vagus nerve is more active during sleep,   It only changes during REM sleep when The vagal tone goes down.   The body then goes into sympathetic activation and for instance HRV is decreasing.

During non-rapid eye movement sleep the HRV is normally higher than during REM.  It should be highest during stage 3 but this is also individual and I recommend caution to use it as a sole biomarker for deep sleep.   Only EEG (brainwave) is a reliable indicator of the different deeper sleep stages.

It has been known for a long time that increased heart rate variability is a predictor of better sleep quality.   HRV and vagal tones during a short resting period, before going to bed, is an independent index of predicted sleep efficiency and it can be used as a clinical biomarker of future sleep quality.  I therefor suggest tracking sleep together with the VAGUS ECG test results and at least monitor the correlation between the test results and your sleep tracker.   These tests we recommend doing before going to sleep and after waking up.

There are two basic types of sleep:  rapid eye movement (REM) sleep and non-REM sleep (which has three different stages).  Each is linked to specific brain waves and neuronal activity.  You cycle through all stages of non-REM and REM sleep several times during a typical night, with increasingly longer, deeper REM periods occurring toward morning.

Stage 1 non-REM sleep is the changeover from wakefulness to sleep.  During this short period (lasting several minutes) of relatively light sleep, your heartbeat, breathing, and eye movements slow, and your muscles relax with occasional twitches.  Your brain waves begin to slow from their daytime wakefulness patterns.

Stage 2 non-REM sleep is a period of light sleep before you enter deeper sleep.  Your heartbeat and breathing slow, and muscles relax even further.  Your body temperature drops and eye movements stop.  Brain wave activity slows but is marked by brief bursts of electrical activity.  You spend more of your repeated sleep cycles in stage 2 sleep than in other sleep stages.

Stage 3 (4) non-REM sleep is the period of deep sleep that you need to feel refreshed in the morning.  It occurs in longer periods during the first half of the night.  Your heartbeat and breathing slow to their lowest levels during sleep.  Your muscles are relaxed and it may be difficult to awaken you.  Brain waves become even slower.  The first stage of deep sleep lasts anywhere from 45 to 90 minutes. It lasts for longer periods in the first half of the night and becomes shorter with each sleep cycle.

REM sleep first occurs about 90 minutes after falling asleep.  Your eyes move rapidly from side to side behind closed eyelids.  Mixed frequency brain wave activity becomes closer to that seen in wakefulness.  Your breathing becomes faster and irregular, and your heart rate and blood pressure increase to near waking levels.  Most of your dreaming occurs during REM sleep, although some can also occur in non-REM sleep.  Your arm and leg muscles become temporarily paralyzed, which prevents you from acting out your dreams.  As you age, you sleep less of your time in REM sleep.  Memory consolidation most likely requires both non-REM and REM sleep.  On average you’ll go through 3-5 REM cycles per night, with each episode getting longer as the night progresses.

Your doctor may recommend a sleep study called a polysomnography (PSG). During this test, you’ll sleep at a lab while hooked up to monitors that measure: breathing rate, oxygen levels, body movements, heart rate and most importantly brain waves